Article: Conservation of the Tapestries at The Vyne, Hampshire 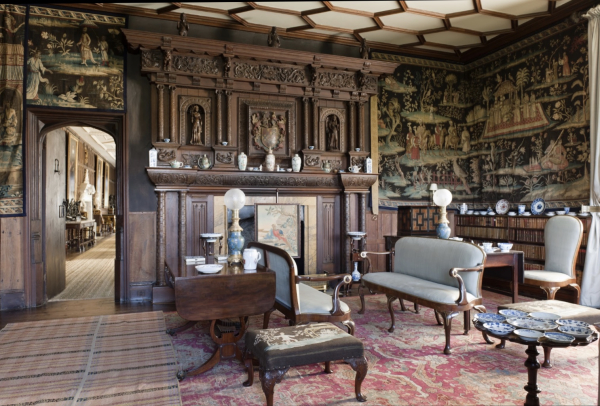 The Vyne is a Tudor house lying in north Hampshire, it was originally the 16th century seat of Henry VIII’s Lord Chamberlain, Lord Sandys. The house is now open to the public through the National Trust. A particular set of tapestries there are worth discussing as they have recently undergone significant conservation.

It is not clear when the tapestries were installed. They now hang mounted on panels in wall niches, softening sounds. Some of the panels were probably cut to fit the walls in the 19th century and were unlikely to have been commissioned for the room they now hang in.

Read the full article on Conservation of the Tapestries at The Vyne, Hampshire